St Hugh’s is a Conventional District within the parish of Southwark Cathedral, with whom it has strong links, but St Hugh’s has its own distinctive history and character and operates as a parish church.

Founded in 1896, St Hugh’s was originally part of the Charterhouse-in-Southwark Mission Settlement providing much-needed social, educational and skills-training opportunities for local young people. The Missioner was usually a young, single Anglo-Catholic priest and the church, in high Victorian style, retained the vestiges of its high-church past. But the Trustees who owned the building (the church was in the basement) decided in 2009 to sell its three buildings and become a grant-making charity supporting other service providers.

Protected by a fortunate piece of ecclesiastical Faculty law, the church was demolished in 2011, but the developers and new owners were required to provide equivalent space for a church in the new building. In December 2013 the Bishop of Southwark dedicated the stunning but unorthodox new church building and community space, into which the congregation are now happily settled.

No longer hidden in a damp basement, the new church is on pavement level, highly visible through its glazed walls. It welcomes people first into the Rainbow Room, a space for community activities, with kitchen and toilets; and glazed double-doors invite people into the beautiful church itself.

Some features of the old church have been incorporated into the new building to retain some continuity with the past. The six stained-glass windows, from the Clayton & Bell studio, showing two images of Jesus, one on Good Friday and one on Easter Day, and four mighty Archangels have been cleaned and restored and mounted in the windows of the new building. Five important by Adam Boulter, commissioned in 2001, Spirituality in the Wilderness, and showing images from five world faiths have also been incorporated into the new building.

The Church and community space have good kitchen and toilet facilities. The building is owned by a housing association, from whom the PCC leases the building. Responsibility for the structure of the building resides with the owners.

The church is also used by the Church of The Living God, a London-based Pentecostal church whose members are largely African and Caribbean, together with a Japanese Anglican congregation.

The Rainbow Room hosts a variety of community-based activities for families, children and young people, as well as for older people and is available for meetings, events and children’s parties. 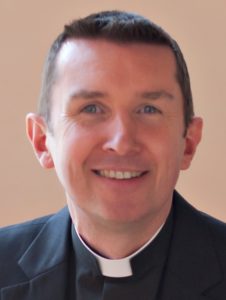